For Black Friday, Acer is selling the ConceptD 3 Ezel for $869.99 via
Amazon, 42 percent or $630 off of the normal $1,499.99 purchase
price. The version of Microsoft’s Surface Laptop Studio that we
reviewed cost $2,699. In other words, you can buy the ConceptD 3
Ezel, a laptop that’s very similar to the Microsoft Surface Laptop
Studio, for 66 percent less! 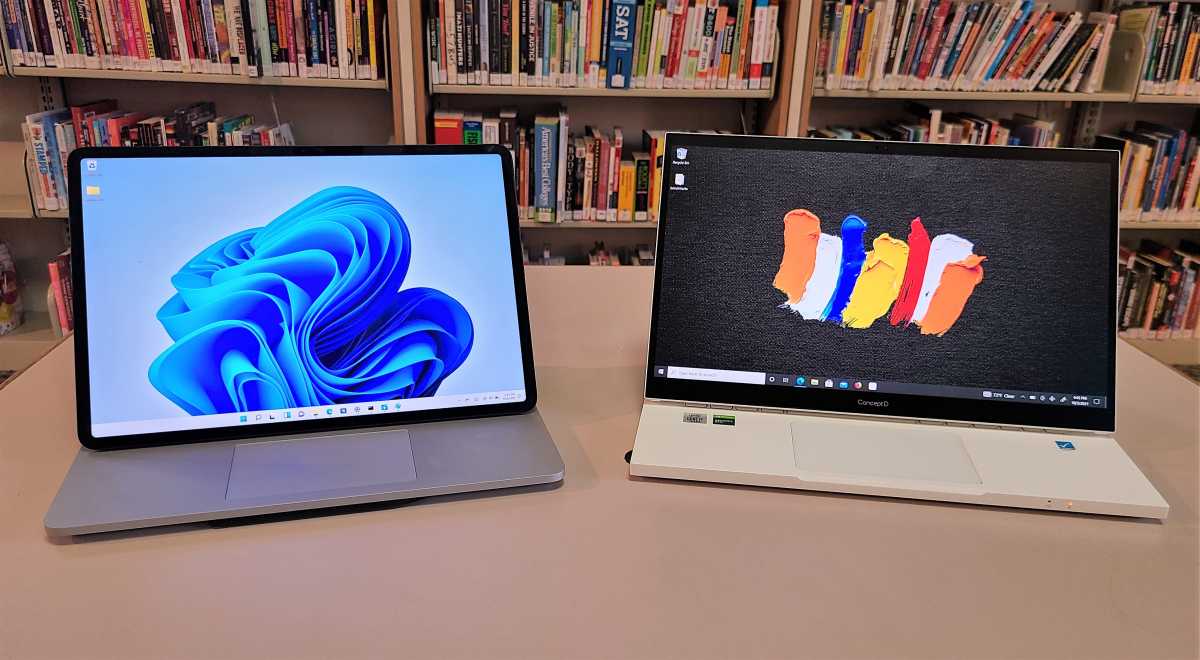 (Maybe you’d like something with a bit more oomph in the GPU
department? Consider the $699.99 Acer Nitro 5, on sale for $250 off for
Black Friday instead. Acer’s budget gaming laptop includes an
Intel Core i5-10300H processor and Nvidia GeForce RTX 3050 graphics
behind a 144Hz 1080p screen.)

The ConceptD uses a pull-forward design where you can simply
pull the screen forward, supported by the hinge, either for inking
or an in-your-face perspective on streaming media. You can also
fold it flat, too. We would definitely characterize the Surface
Laptop Studio as a more refined experience, with a smoother hinge.
But the ConceptD is sturdier — and, as the price certainly
indicates, a heck of a lot cheaper. Grab it while you can, though,
as there are limited quantities available.

This story, “Acer’s Surface Laptop Studio precursor is 42 percent off right now” was originally published by

Grab some great wireless earbuds for $32 during...